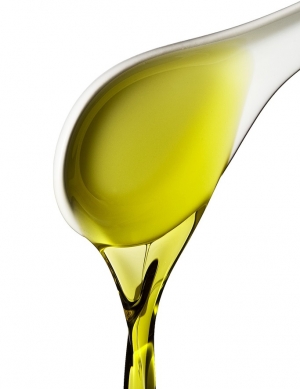 When it comes to cooking, olive oil gets some mixed reviews.

On the one hand, it's a known fact that olive oil is full of healthy, monounsaturated fats, which help reduce bad cholesterol and lower risk of heart disease and stroke, according to the American Heart Association.

On the other hand, there's a "smoke point," or the temperature at which the oil starts to break down, lose its health benefits and produce chemicals that aren't all that good for you. And olive oil has a relatively low smoke point -- 320°F for extra virgin and 420°F for virgin. So is there a point to using it to sauté your veggies?

"Absolutely," nutritionist Bridget Bennett told The Huffington Post. "It’s gotten a bad rap because people think that simply heating olive oil releases all sorts of unhealthy chemicals, but they are missing half of the story here."

Yes, all oils have a temperature at which they start to break down and are no longer considered healthful or tasty, olive oil included. But it's easy to lightly sauté or otherwise cook your food before reaching the smoke point, Bennett added.

"Extra virgin olive oil is simply unrefined oil pressed from the olive without heat or chemicals," Bennett explained. "It can have a stronger taste and deeper color than regular or 'light' olive oil, however they have essentially the same nutritional makeup."

As for safety, olive oil expert Doctor Luisito Cercaci assures that olive oil won't release harmful toxins. And even when it's heated, it's still more resistant than other oils.

"Actually, olive oil is one of the most stable vegetable oils under cooking/heating conditions," he told The Huffington Post. "In fact, fatty acids composition (mostly formed by monounsaturated fat), allow olive oil to be more resistant than other oils, since it is way less unsaturated than the majority of other vegetable oils."

If you're looking for a higher smoke point, though, there are a ton of options for cooking out there. Peanut oil has a smoke point of 450°F, for example, while sesame oil clocks in at 410°F. Coconut oil, which is having a major moment, has the low smoke point of 350°F.

Plus, smoke points and health benefits aren't the only things to take into consideration when you're cooking. Don't forget about flavor. Or butter!

"There’s nothing like starting with a nice hunk of butter when sautéing mushrooms or making eggs over easy," Bennett added. "I like to vary the oils I use in cooking depending on the flavors I’m looking for. I’ll use coconut oil for sautéing greens or making crepes because I love the coconut taste it adds. I might use a toasted sesame oil for stir fry, again, for it’s unique flavor."

When it comes down to it, olive oil is in no way the enemy of your healthy stir fry. Just make sure you're not turning the heat way up!